Why I love the english language

There are several steps from the first lessons in a foreign language where we’re discovering it to the advanced level where we’re using idiomatic forms and learning to explain ourselves with style, using tenses we don’t even use in our mother-language.
What I propose in this text, dear english-speaking friends (and hopefully some brave french-speakers too) is a few examples and stories telling why I believe learning a foreign language is important in today’s life, how the english language is great and why we need to help anyone who wants to learn it.

I remember my first English lessons in school. I was 11 years old. From the point of view of a french little boy, the first interesting things in the english language is how it sounds. As a piece of example, and I can thank my mother with this, my first name is hard to pronounce for english-speaking people. Romain. I will never forget how the fat agent of the CBP in Chicago O’Hare called my name to give me back my passport. Fascinating. So, you can imagine how strange it sounds when a young unskilled french boy is trying to pronounce his own name with another accent for the first time. I have to say, the first lessons in english where, personally, not particularly pleasant. You have to understand the words in a foreign language, with a foreign accent, plus probably in order to make it more attractive, the english teacher is adding a lot of typical english things to the lessons, such as the english buses, the cabbies (taxi), the strange cap of the british cops and pictures of Big Ben and more buildings of London. Actually, this is fun, until we learnt that these brits are doing absolutely everything different as in France. They drive on the left side (quelle imprudence!), their class grade system as well as school program is different (quel désordre!), they’re using a different money (by the way, at the time, the Euro was only a project) and the worst: they eat different (bonté gracieuse!). In short, in the french Education system, english = UK, period.

It took me a couple of years before starting to learn for real the english language. It was in 1997 and my class grade was 6ème, which is like the first year of secondary education, or year 7 in England, “primary 7” in Scotland, 6th grade in the US. If I have to sum up in a few words the english course in the french Education program, I’ll say if you have interest in the course, it’s one of the easiest, if not the easiest. The average level in english is low. As a piece of example, the french grammar program is absurdly hard for french pupils! (and adults as well, but they rarely confess it) Then anyone can make or not his own experience. Personally, I have felt like the english language leave more freedom to the people who are using it. English is more flexible. Actually, this is one of the reason why I like it very much. As soon as you’ve made your “bag of words” and know how to use it anytime, you can express yourself, explain yourself in almost any situations. Somebody invents something and gives it a name. How are we going to call the people using that invention? In french, it will depend on what you can do with that thing. In english, you can easily take the name given by the inventor and add a “-er” at the end. And you add “-ing” and you’ve got a verb. So simple, so logical that sometimes it’s easier to refer to something in english than in french. I believe it’s the case for many other languages.
In english, the words are having a different meaning depending on the context. Which is true in french as well. But less than in english. In english, get the context, you’re in. Change the context, you’re out…

The other thing that I learn through the english language is so simple that many people don’t even think about it: in order to improve your level, you have to regularly listen to english, talk to english-speaking people and have the guts not to make mistakes. Because that’s how you’re learning not to make theses mistakes again. Hopefully, it is easier in english than in german for example, my other foreign language. I am regularly repeating the same mistakes which lead my best friend in Hamburg to correct me each time. I just hope not to turn her crazy with that. However once you start dreaming in a foreign language, which happen most of the time abroad, you know you’re on the good way.

Another thing that I don’t understand and that happens so often in english (more rarely in german) is flash. I feel myself comfortable in full english and could without any fear live in an english-speaking country. It is one of my goals in life as well, due to my career.
By flash, I mean that I am talking to an english-speaker and in the middle of a sentence I am using a word I don’t know. The conversation is going forward and suddenly, I remember that I used a word I don’t know (I’m a boy, sorry), and I am asking my interlocutor about the meaning of that word. Which 90% of the times was correct in that context. It happened to me many times, I don’t know why nor how, the words are coming to me by themselves.
If something likely already happened to you, please let me know! Because this sounds like sorcery to me!

If it is easy to understand that a huge part of the world is speaking english so it’s useful to learn it, I have to say it appears that France is fed like the other countries in Europe with a huge part of english-speaking programs such as Movies, computer OS and softwares and so on that we have all with french dubbing! Ok french people are aware of what’s going on in the other countries, what the streets of New York, Miami, Chicago, San Francisco and Los Angeles are looking like, BUT with all this french dubbing, the entire world changed to me the day I realized that Arnold Schwarzenegger and Sylvester Stallone were not speaking french at home. Oh Dear! These are their real voices? Why Dark Vador is called Darth Vader on the packaging of my Micromachines? Are my heroes of Star Wars not speaking fluent french in the end?
I don’t remember when I realized it, and maybe I probably refused deeply in my heart that ignoble truth. But I believe it was on that day that I deeply made the decision of learning foreign language and that influenced my choice of studying foreign languages in University.

The http://www.mylifehistory.com part of the article
I dreamt to have left in America as a pilot of the USAF after WWII. Why? I don’t know. But I’d like to ask the 5 years old Romain, because I believe there is an important part of what I am now finding its origin in the past. Now I speak 3 different languages (so far), I started working in the aeronautical domain 2 years ago (and love it), and I’m looking forward for carrying on with my career up in the air where the english language is the official language. Intéressant, n’est-ce pas?

As a conclusion, let’s look at an example backwards:
I grow up with a audiotape of Elvis Presley. All along my childhood I listened to his Rock n’ Roll before going to sleep. I set up a goal in understanding one day what Elvis says in his songs. To me it was sounding like nothing understandable, more an addition of strange syllabes. bada bada bada bada ba hound dog! In any cases it was obvious to me that Elvis cannot speak fluent french. Whatever. That’s how I’ve ticked the square in my mind when I realized a couple of years ago that I reached the level where I can understand the lyrics. It’s a wonderful feeling that I wish anyone to feel, when something you know for a long time by heart is suddendly making sense. This was a short example, a short story of a boy learning language and loving to be able to meet people for far away. This is just my first foreign language. And I believe that being able to understand and communicate with people from far away will make our hearts greater, pull our civilisation to the top. Amis francophones, apprenez l’anglais! English-speaking friends, learn french! We can achieve great things together if we want. 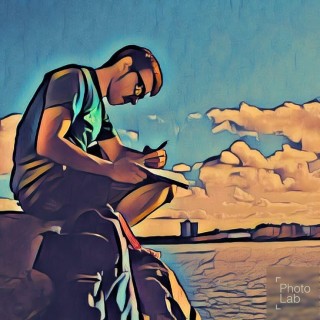